Each Monday evening in Advent we shall be having a talk (using zoom, the simple to use video conferencing software) in which we will explore the Pope's encyclical "Laudato Si' ". Please click the poster, for more details.

Every evening at 21:00, you may join in a video call, as we say night prayers together:

The Bishops of the United Kingdom have asked us all to join together in a daily moment of prayer at 18:00, remembering each other during this time of lockdown. This can be however you wish, but you might want to make use of The Angelus recorded for us by our Parish Priest Fr David Mills. 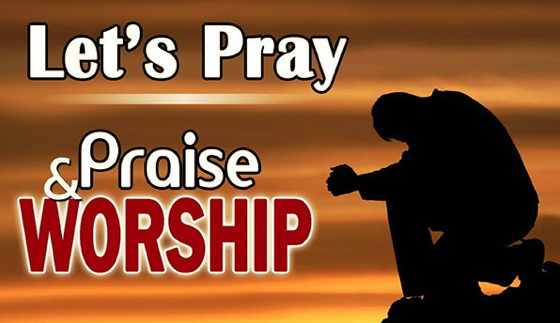 Praise and Worship online via zoom - Saturday 28th at 15:00. Music led by our Seminarian, Joe Meigh and with a Message from Stuart Ford Please click the poster to send email requesting information.

Do please join with each other for virtual coffee after 09:30 Mass

Directly after Mass finishes, heading, which will open a zoom meeting. If you have not ever used zoom before, then it will invite you to install a piece of software for this purpose (a quick and easy install). You will then be able to see and hear each other. Chris Barrell is organising the meeting and can set you up on a virtual coffee table with 4 or 5 other people so that everyone can have a social time. Thus those able to come to church for Mass may also be with those who for whatever reason are either attending a weekday Mass or the on line streamed Mass.

Following the Live Stream on Sundays, please feel welcome to join our virtual coffee morning. This is accessed further down the screen. Please also note that we celebrate night prayer every day of the week at 21:00 online.

For the duration of the second national lockdown, the church will be open for private prayer only, as follows:

You are encouraged to attend Mass online (see above) which is streamed live at 09:30 on Sundays, and can be played at any time of the week that you wish. If you attend Church for private prayer, please note the following:

St Clement, who died around the year 97, is considered to have been the fourth Bishop of Rome, and is venerated in the Roman Canon (the first “Eucharistic Prayer” of the Ordinary Form of the mass) after his predecessors Linus and Cletus. (St Peter, of course, was the first to hold that office.) He is also named in the lists provided by the letters of Ignatius of Antioch and by Tertullian. It is possible (if unlikely) that he is the Clement St Paul referred to as a fellow-labourer in Philippians 4.3. Tradition has it that he was ordained by St Peter himself. He was arrested during the persecution of the Emperor Trajan and sentenced to hard labour in the Crimea; ultimately he was thrown into the sea, tied to an anchor (his emblem in art).

The only writing that can be with certainty attributed to Clement is referred to as the First Epistle of Clement. This is the earliest post-New Testament Christian writing. (A “second epistle” is of doubtful authenticity.) This letter was written to settle disputes in the Church in Corinth. We know from St Paul’s New Testament epistles to the Corinthians that this was a church that could be factious and disputatious; Clement’s letter, written a generation later, helps us see that Paul’s conflicts with this church were not of his own making. Clement’s letter is an important step in the development of the Bishop of Rome’s universal jurisdiction.

The Martyrs of Vietnam are 117 people (8 bishops, 50 priests and 59 laymen) who died between 1625 and 1886 and were canonised together in 1988. They form a witness to the extraordinary difficulties encountered by those who laboured to bring Christianity to this land. An imperial edict of 1533 forbade Christianity, and only in 1615 did the Jesuits manage to establish a permanent mission there. The martyrs include European missionaries and native Vietnamese. Many of them were branded on their faces with the words ‘ta dao’ (false religion).

Andrew Dung-Lac was born in 1795 and at his baptism he took the name of St Andrew. He was ordained a priest on 15thMarch 1823. During persecution he changed his surname from Dung to Lac in order to avoid capture. He was beheaded on 21st December 1839 during the reign of Minh Mang.

St Catherine was a learned woman of the fourth century. Tradition has it that she was a well-born maiden of Alexandria in Egypt who was martyred during the persecutions of Emperor Maxentius after refusing to worship pagan gods. She was condemned to be executed on a spiked wheel but at her touch the wheel shattered and she was instead beheaded. Though it has proved difficult to verify her historically and it is possible that she was a kind of composite figure drawn from the stories of women condemned for Christian faith, it is clear that from very early days a cult surrounded her. Through the Middle Ages she was among the most venerated of Christian martyrs. At her death it was said that a milk-like substance flowed from her neck rather than blood. Legends claim that her body was taken by angels to Mount Sinai, where a monastery was built in her honour.

St Catherine is venerated as the patron of philosophers and preachers, and she is one of the Fourteen Holy Helpers, the canonised saints known for their intercessory powers. She was adopted as patroness of the city of Bath.

The final days of the church’s liturgical year direct our attention to the final book of the Bible, called the Apocalypse (derived from the Greek word for “revelation” or “uncovering,” the first word of the book). This book may have been written by the same St John the Apostle and Evangelist traditionally credited with writing the fourth Gospel and three New Testament epistles; however, as early as the second century careful readers have noted divergence in vocabulary and style between these works and the Apocalypse and have considered this last book to be the work of a different author, often called ‘John the Divine’ (that is, ‘Seer’).

He was exiled to the island of Patmos [Apoc 1.9] during the persecution of the Emperor Domitian (reg. 81-96). There he is accorded a series of visions on the Lord’s Day (that is, Sunday) which he is commanded to send as a letter to seven churches of Asia Minor (the Roman province which is roughly the modern nation of Turkey).

Christians in Roman Asia were clearly suffering for their withdrawal from, and defiance of, larger Roman society. The Apocalypse presents ultimate reality as a victory over this suffering, the imperial city of Rome being equated with the ancient city of Babylon that had held ancient Israel in captivity until Babylon itself was conquered.

The Apocalypse is less a detailed guidebook to events which will take place at some vague future date than it is a picture meant to encourage Christians that what we are able to see in our present day is not the whole truth. The Apocalypse shows the enemies of human flourishing, whether they are temporal tyrants or spiritual powers, defeated and defanged; it shows suffering Christians being vindicated and triumphant.

Today, though there are many parts of the world in which Christians are actively persecuted, most of us are free to worship, to proclaim our faith and to live according to its precepts without fear of government interference. If there are conflicts and controversies, nevertheless certainly none of us has to fear the shedding of our blood. (cf Hebrews 12.4)

Still, as we try to live in accord with the reign of God, we can often feel uncertain. We feel ourselves judged and found wanting. The Apocalypse asserts that the deepest truth about our lives is not that a distant deity looks upon human life and its conundrums with disgust, but that God over and over comes down from heaven into the midst of human life, that he makes his home in the midst of human beings, that he clothes us with his own righteousness, the bridal dress of a people he has chosen for himself. (cf Isaiah 61.10)

Prophecy in the Bible, despite our customary use of the word, is not about the prediction of events to come but rather it is the declaration of what is true, if unseen, right now. The prophet is one who sees the hand of God in the machinations of human history and who has been grasped by God to such an extent that he (or she) can speak the Word of God through his own words.

To treasure the prophetic message as our reading encourages us is to sense that what the prophet has seen and declared is a real insight into the purposes of God. At the conclusion of a frightening and yet exhilarating vision this Seer (cf Isaiah 6.1) declares that what he has seen we can believe: that the light of God Almighty shines on us and through us even now.